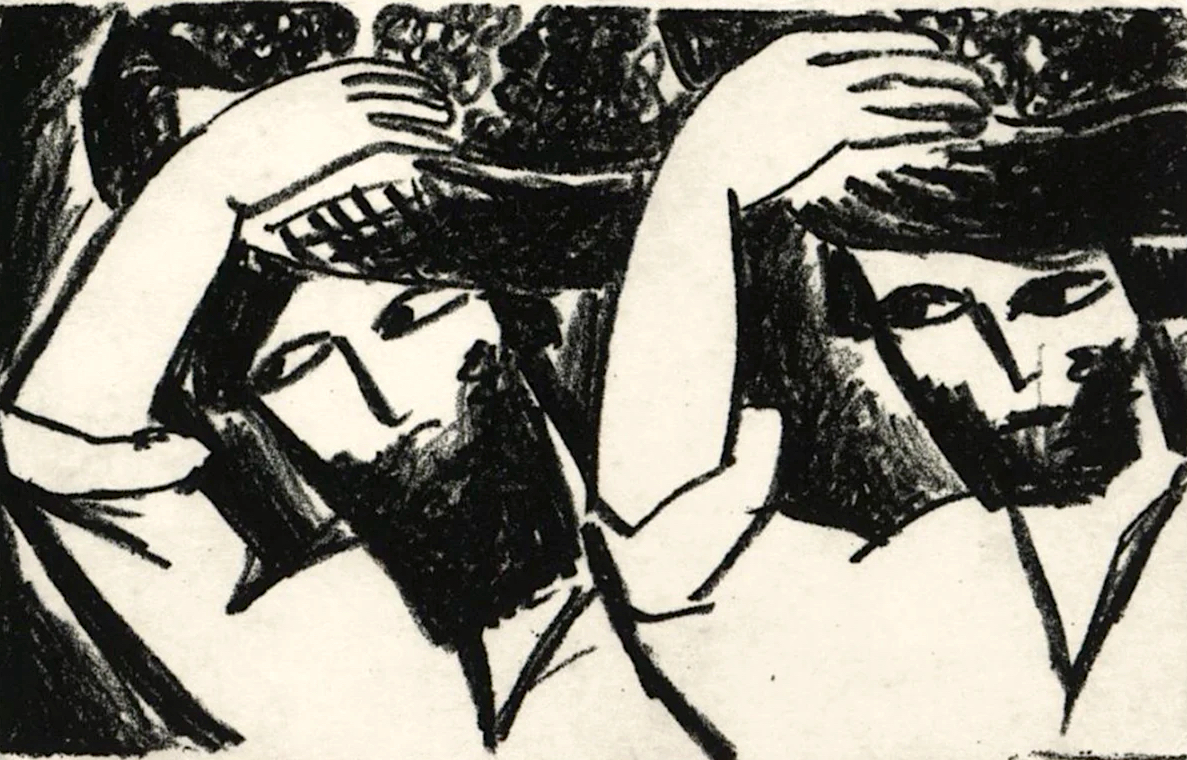 One of the key representatives of futurism in Russia was, without a doubt, Alexey Kruchenykh (1886-1968). He was the most radical poet of the Silver Age*, the founder of the literary language Zaum* and a man of fanatical adherence to futurism. He gathered and rallied around him artists such as Natalia Goncharova*, Michael and Ivan Larionov*, Olga Rozanova* and Vladimir Tatlin*. Together with these artists, Kruchenykh released the first lithographed books, which led to the popularity of the Russian avant-garde all over the world.

However, even before the first lithographed books in 1912, Kruchenykh published, with his own money, a fantastic series of postcards. The futurist artists designed the postcards in the lithographic technique. He invited to this project the following well-known artists of the day: Goncharova, the Larionov brothers, Tatlin, Aleksandr Shevchenko, and Nikolai Rogovin. The lithographic technique was chosen deliberately because the lithographic pencil gave absolute freedom to the artists, who did not want to repeat their works, but rather make different variations of them. The authors of these postcards created their paintings in a primitive style, changing their composition significantly.

The artists released 35 postcards in this series. Fourteen cards were created by M. Larionov, eleven by Goncharova, three by Tatlin, three by I. Larionov, three by Shevchenko, and one by Rogovin. Kruchenykh could not publish thousands of postcards because the series was not commercial, and he paid out of his pocket without any profit. In addition, the expense of producing these postcards was very high (special paper, double-sided printing, etc.) This may be why some postcards don't contain any information on the reverse side about the author, the publisher, or even the title. Therefore, we can assume that their circulation was limited to about 300 copies. The rarity of most postcards is much greater than that of the well-known series Bauhaus*, since the rarest of them preserved fewer than ten copies, probably much less. Among the postcards, there are unique examples painted in watercolor.

Silver Age - the second birth of Russian poetry, referring to the beginning of the XX century. Akhmatova, Mandelstam, Tsvetaeva, Yesenin, Mayakovsky, and other famous Russian poets wrote their best creations during this period.

Zaum – an abstruse language - is a literary technique that rejects most of the elements of everyday language and replaces them with other elements, in analogy to conceptualizing as language.

Bauhaus - an art school in Germany. In 1923 sixteen Bauhaus artists created postcard series illustrating the school's art ideas. It was a part of the advertising campaign for their first exhibition. Vasily Kandinsky and Paul Klee were among the other artists in this project.

Natalia Goncharova (1881-1962) – an innovator of painting, brilliant designer, painter, and graphic artist. The great grand-niece of Pushkin's wife, Natalia Nikolaevna, nee Goncharova. She was known as the" Amazon of the avant-garde."

Michael Larionov (1881-1964) – a Russian painter and one of the founders of the Russian avant-garde.

Ivan Larionov (1884-1920) – a graphic artist. He was a younger brother of Mikhail Larionov. He worked in a Primitive style.

Olga Rozanova (1886-1918) - one of the greatest artists of the Russian avant-garde with a unique coloristic talent. In 1917 he created one of the masterpieces of twentieth-century abstract painting, "Green Stripe." She was the wife of Alexey Kruchenykh.

Vladimir Tatlin (1885-1953) – a Russian and Soviet painter, graphic designer, and artist of the theater. One of the most outstanding representatives of the Russian avant-garde, the father of constructivism. His work "Monument to the Third International" (1919-1920) was one of the most important symbols of the world's avant-garde and constructivism.

Aleksandr Shevchenko (1883–1948) – a Russian and Soviet painter, graphic artist, and art theorist. He met Mikhail Larionov in 1907 and became a leading member of the Neo-Primitive movement (1908–1913.) Influenced by Cubism and Futurism (1913–1914), Shevchenko published "Neo-Primitivism: Theory, Possibilities, and Achievements."

Nikolai Rogovin – a Russian painter. In 1910-1911, the artist participated in the group exhibition "Jack of Diamonds." In 1912 "Donkey's Tail" show exhibited 12 works. In the same year, along with Goncharova and M.Larionov he illustrated the book of Velimir Khlebnikov "Mirskontsa". He participated in the "Target" exhibition in 1913. 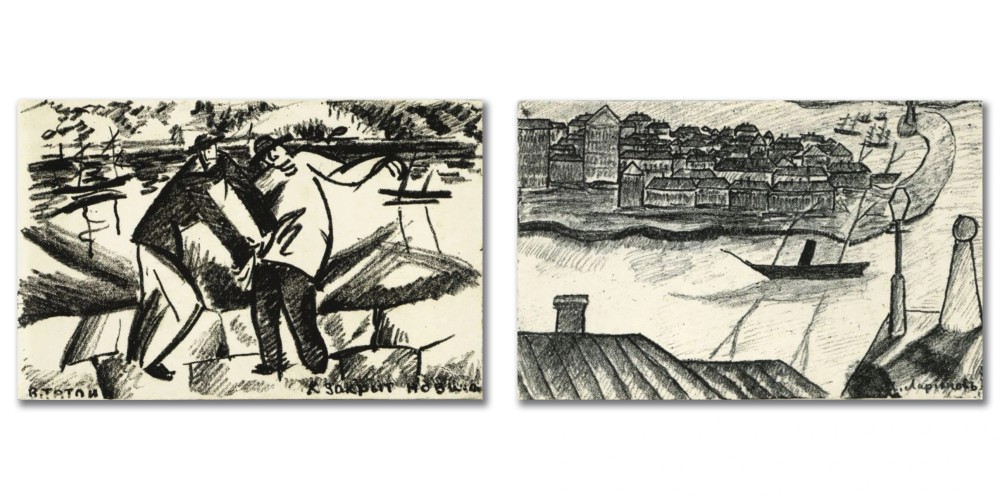 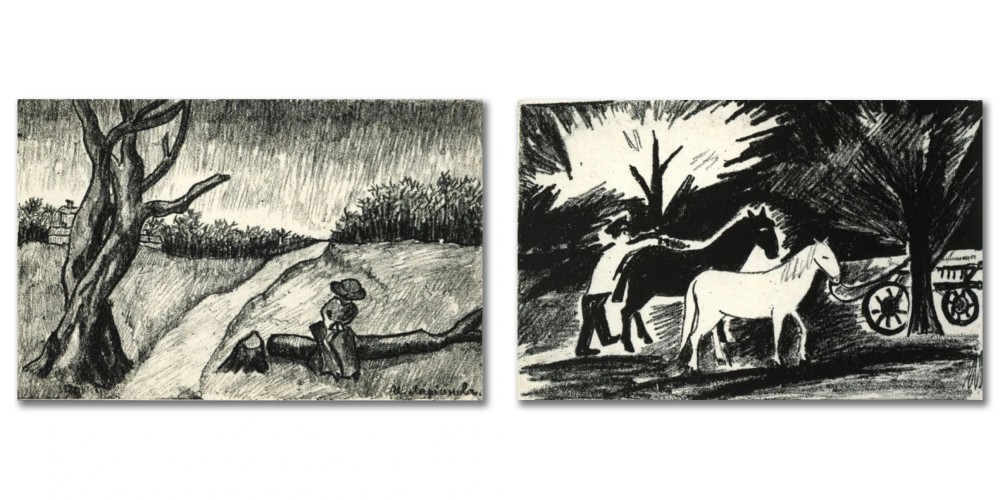 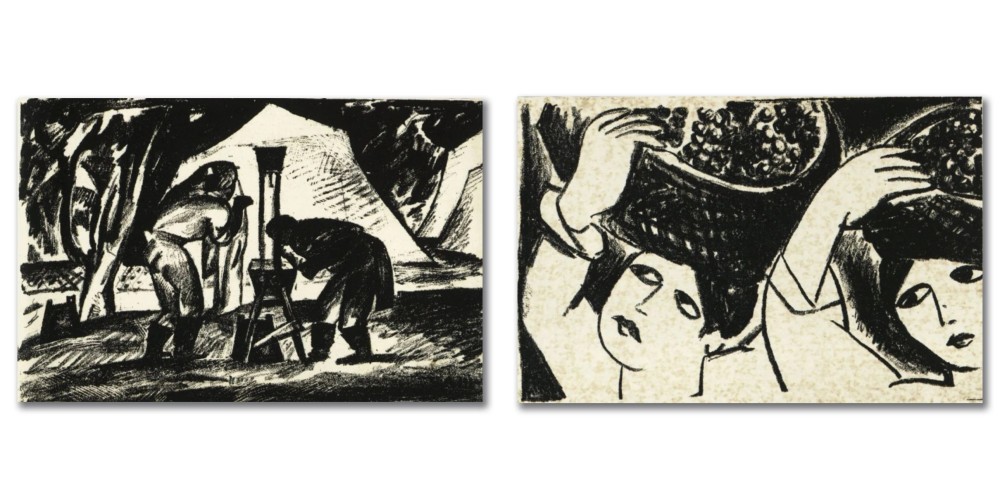 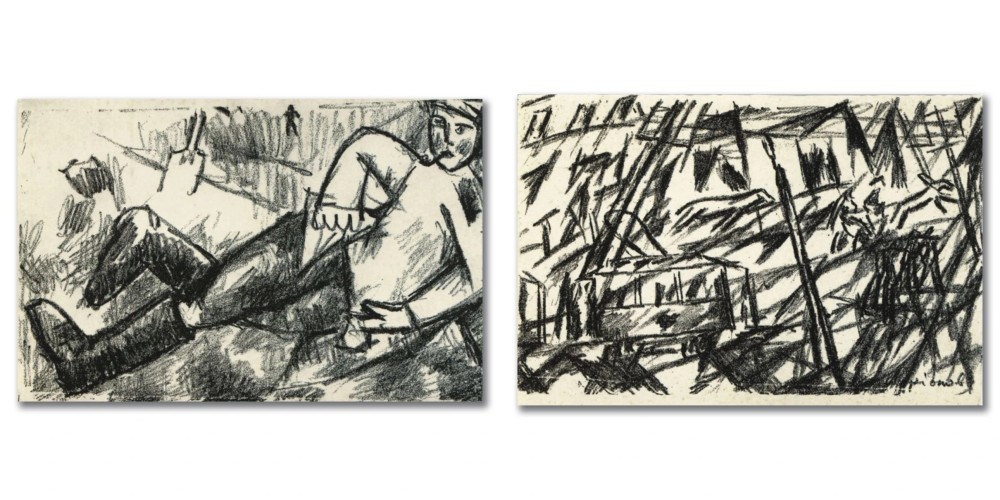 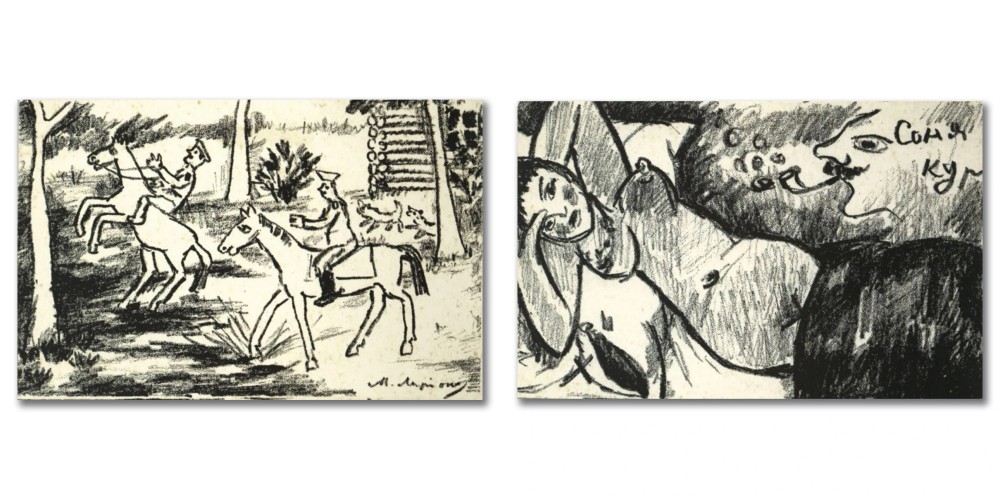 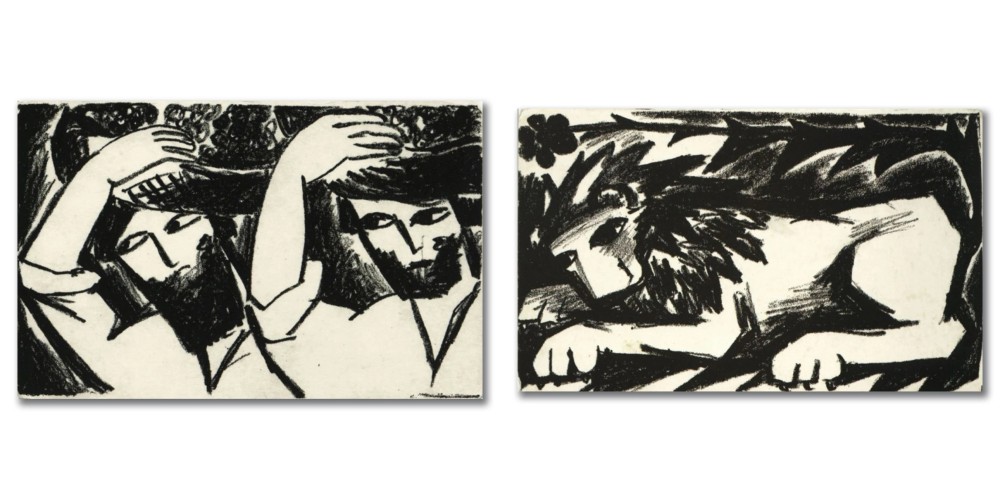